Just like humans, ants are social and as humans live in communities, these insects live in more or less permanent nests. Colony sizes vary enormously and are located in soil, wood, under leaves or amongst rocks or bricks. They vary from brown to black, depending on the species and have an obvious constriction between their thorax and abdomen regions. Their antennae vary in shape but most are elbow-shaped. Ants have two pairs of wings, unequal front-and hind wings and one pair of compound eyes. 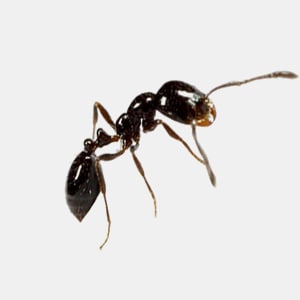 These ants also are known as the common household ant and are generally found nesting in paths, wall cavities, roof voids, fences, woodwork, masonry, soil and rotted wood. These ants are shiny black with a pale tarsus. Their bodies are long and slender and they are usually 2.5-3.0mm in length. These ants have chewing mouthparts and consume a variety of food materials but prefer sweets. 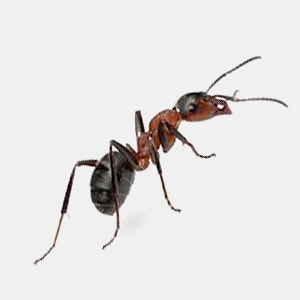 The Coastal Brown Ant is commonly found nesting in building structures. They like places like the crevices in brickwork, cavity walls, inside termite tracks, paths, rockeries and behind skirting walls and architraves. They are about 1.5-2.5mm in length, their bodies are long and slender and they are light yellowish-brown to brown. They have 2 worker castes known as “soldiers” and “workers. They have two raised nodes on pedicel, the hind node is more rounded with one pair of small spines on the hind part of their thorax. This species of ant prefers materials of animal origin to consume such as dead insects, meat particles, fat and grease. 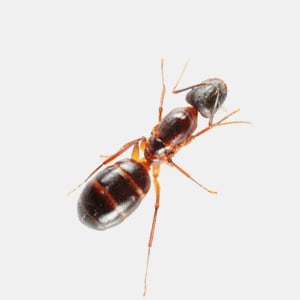 The Carpenter Ant most commonly nests in decayed or moist wood but has also been found in soil. They are between 7.0-12.0mm in length, and their colouring can be variable. They have a distinct single node on pedicel with a smooth evenly rounded thorax. They have a circle of tiny hairs at the end of their abdomen. This species of ant is known to travel great distances for food and forages mostly at night. They eat dead and live insects, honeydew from sapsuckers and a variety of household wastes. This ant is especially attracted to sweets.

Do You Have Ants Nesting At Home? We Can Help.