Termites or “White Ants” as they are often referred to, do not truly represent other ants. The similarity of a Termite to an Ant is their social habit of forming colonies in which they live and breed. The size of these colonies can vary from a few thousand to millions.

Termites are mostly pale brown to white. They have no constriction between thorax and abdomen and have beaded antennae. The reproductive forms have two pairs of equal wings and one pair of compound eyes.

Workers and soldiers are blind, sexless and wingless and have thin cuticles that are susceptible to desiccation in dry or exposed environments.

The colony of termites takes various forms; some species build mounds, some nest underground and some live in small colonies in trees.

The developmental stages are egg, nymph, and adult. Their eggs are mostly laid singly in long rows. The eggs hatch into first instar nymphs which are mostly fed by the workers.

After moulting several times, the young nymphs differentiate into various castes: workers, soldiers and alates. The developmental period may take 2-4 months to several months depending on such factors like food, availability, temperature and the vigour of the colony. At first egg production of the founding pair of de-alates is small, initially in batches of 10-20. But after some time the original Queen may be laying over 1000 eggs per day.

Most termite species are grass and debris feeders although termites that are of economic importance to wooden buildings eat cellulose, starches and sugars (carbohydrates) that they obtain from wood.

The queen who leaves the parent colony later as a fully winged reproductive, sets up a new colony with the king lives the longest with a lifespan of up to 20 years. She lies in the centre of the colony, never to be seen on the outside. She is capable of reproducing up to 1000 eggs per day. Once these eggs hatch, each of these termites will then also fulfil its specific task within the colony. 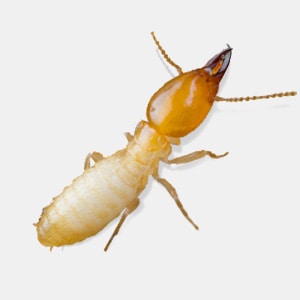 The Termite Soldiers are usually darker and have much larger brown heads than the workers with white bodies measuring up to 12mm. Soldiers are basically male and female just like the workers although their reproductive organs have not developed. The soldier’s main function is to defend the colony against invaders such as ants. There are two main types of Soldiers: “Mandibulate” where the jaws are well developed and “Nasute” where the head has been drawn out into a snout with tiny mandibulate mouthparts beneath. These Soldiers are the sexual forms of a colony the future kings and queens yet to be established. 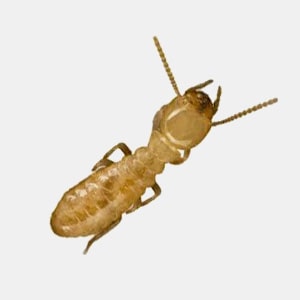 The Termite Workers which usually constitute the greatest number of individuals in a colony are much paler in colour(although their bodies are often coloured by the food they have ingested), have beads like antennae, no constriction between thorax and abdomen and measure up to 6mm. They are as their name suggest the workers of the colony and are responsible for gathering food, maintaining and repairing, and feeding all the other castes including the Termite Queen. They are not involved in reproduction and have no compound eyes. They are male and female whose reproductive organs have not developed. These workers are confined to the enclosed workings and the nursery area of the colony where the humidity is high and the temperature is even.

Termites May Be Small But They Are A Serious Threat. Don’t Take Any Chances. Arrange A Termite Inspection Now.