Spiders belong to an insect class called Arachnida. They have 8 jointed legs and their bodies are divided into 2 sections: cephalothoraxes and abdomen. The head and thorax are fused to form the cephalothoraxes. Palps are located in the front. These are often mistaken for another pair of legs. The function of these palps is sensory but in the male they are also used for reproduction. The legs and body of a spider may be clothed with hairs.

In determining the sex of spiders, the difference in size between adult males and females is usually enough to determine the sex. The male is usually smaller than the female of the same species. The male’s legs are longer than the females to allow for easier reproduction. Most spiders have 3 or4 pairs of eyes situated on the sides and top of the cephalothoraxes, although some have only 1 or 2 pairs. 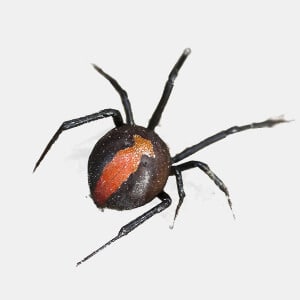 This spider has long thin legs, a large bulbous abdomen a small cephalothorax. These are the known trademarks of this dangerous spider. Females are usually 12-15mm in length. Males are about 3-4mm in length. The Redback Spider has black velvet-like colouring with a well-defined red stripe on its dorsal surface. Redback Spiders make loose webs in rubbish, gardens, under rockeries and also around and under houses. It is not an aggressive spider and only the female bites, not the male. Although not aggressive their bites are very toxic and extremely painful. So after a bite from one of these spiders you should seek medical assistance immediately. 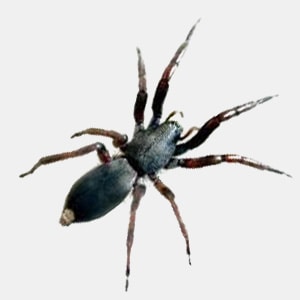 This spider has a cigar-like shaped body that is dark grey to black in colour. It has a prominent white mark on the end of its abdomen. The female Whitetail Spider is about 12-15mm in length while the males are generally 5-8mm in length. Inside homes, it may be found on walls, particularly in the bathroom. It is also found outdoors under loose bark of trees and leaf litter. Their bites cause local pain and blistering and so after a bite from one of these spiders. 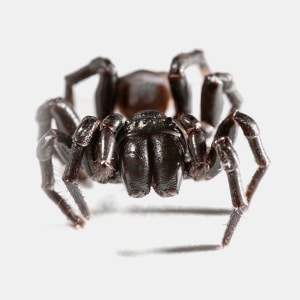 The male Sydney Funnel Web spider is considered the most dangerous spider in the world. It is usually identified by its covering of black, fine reddish hairs over its body, shiny cephalothoraxes and its spinnerets that are quite long. The female is about 30mm in length and the male smaller at only 25mm in length. This spider favours moist dark environments such as in garden beds under leaf litter and can be identified by their long silken tube that they leave behind them. They are an extremely aggressive spider and their bites are very toxic, so after a bite from one of these spiders you should seek medical assistance immediately. 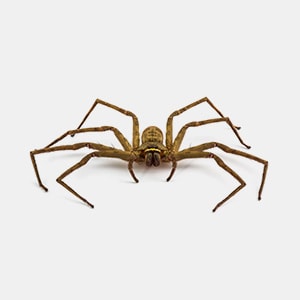 This large, flattened, hairy spider looks scarier than it actually is. Its first 2 pairs of legs are longer than its rear legs and their colourings are usually dark, patch-like looking on the cephalothoraxes and abdomen. Females are usually 35-40mm in length and the males 15-25mm. This spider lives under bark during daytime and emerges at night often entering houses. They are not an aggressive spider, their bites aren’t toxic but can be painful. 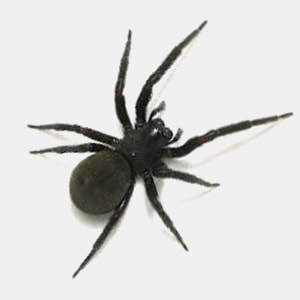 This spider has a large abdomen and its fangs are not obvious but move pincer-wise. They are mainly dark brown to black in colour and their legs are often black. The females are usually 15-18mm in length whilst the males are only 8-10mm in length. They can be found in sheds, toilets, windows and under gutters. They are a non-aggressive spider but their bites are toxic and produce pain, nausea and sweating. 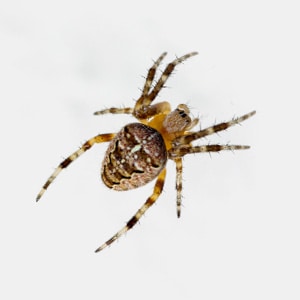 These spiders are light to dark brown in colour with a distinct yellow pattern on their rather large abdomen. The female is about 20-25mm in length whilst the male is a tiny 5-10mm in length. These spiders hide on foliage during the day and construct orb-web at night. They are considered not to be aggressive and their bite is not toxic.

Still Don’t Know Which Spiders You Have In Your Home? Don’t Take Any Chances. Arrange An Inspection Now.